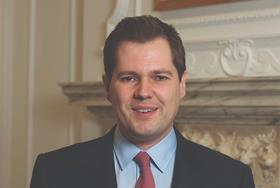 During his keynote address at Property Week’s RESI Conference, the housing secretary said the government needs to be “more ambitious about supply” because demand side initiatives are not enough – adding that they sometimes make matters worse.

“As substantial and impactful as these demand-side interventions are, we have to accept they’re not going to be enough,” he said.

“Sometimes they are actively counterproductive because they can be inflationary. So, we also have to be ambitious about supply. No one can talk about a housing crisis, or concern for the young, or for families struggling to get good quality accommodation, without also accepting the inevitable logic that we need to build more homes.

“With that in mind, as you heard in the introduction, I’ve just announced that we’re advocating £8.6bn to 90 major affordable homes projects throughout the country with a much greater weight outside London, which reflects our commitment to level up.”

The admission came during a keynote speech during which the housing secretary also said the government had no plans to scrap its ambition to build 300,000 homes a year and that the target was “sensible” but “extremely ambitious”.

Healthcare real estate: The need of the hour

Inside Sunny and Vicky Kaushal’s home in Mumbai

Vicky Kaushal is undoubtedly one of the finest actors Bollywood currently has. After making a...
Continue reading
by homefinder