Bengaluru was the first city in southern India to have metro rail connectivity. Also known as Namma Metro, the Bengaluru Metro now covers most of the city and is soon going to be extended to the peripheral areas of the IT city. to facilitate connectivity for the population. Here is everything you need to know about Bangalore Metro connectivity, its stations and upcoming Bangalore Metro routes, map and metro timings.

The Bengaluru Metro was designed and conceptualised by the Delhi Metro Rail Corporation (DMRC). The first line was opened to the public in October 2011, after years of delay. The project, currently in expansionary mode, is being executed by the Bengaluru Metro Rail Corporation Limited (BMRCL). The average daily ridership on the Namma Metro network is 5,18,000 as per data last updated in January 2020.

Namma Metro Phase 1 included two lines of length of 42 kms, of which about 8.82 kms is underground and the remaining is elevated. There are 40 stations in this phase. The foundation stone for construction of Phase 1 was laid in June 2006 and the construction began between Baiyyappanahalli and Mahatma Gandhi Road in April 2007. The phase was later expanded to include the northern extension (from Yeshwanthpur to Nagasandra) and southern extension (from Rashtreeya Vidyalaya Road to Yelachenahalli).

Approved in January 2014 by the union cabinet, the estimated cost for the second phase of Namma Metro was Rs 26,405 crores, which is estimated to escalate to Rs 32,000 crores in due time. Phase 2 spans a length of 72 kms, out of which 13 kms is underground. This phase has 62 stations out of which 12 are underground. Bengaluru Metro Phase 2 includes extension of the two Phase 1 lines in both directions, as well as construction of two new lines.

A new, 18-km-long, fully-elevated line from RV Road to Bommasandra via Electronic City is also planned in the second phase. Another 21-km-line from Kalena Agrahara (previously Gottigere) to Nagawara is also under process. The route will have an elevated corridor, covering a distance of 7.5 kms with six stations and an underground stretch of 13.76 kms from south ramp near Jayanagar Fire station to north ramp at Nagawara consisting of 12 underground stations.

Chief minister of Karnataka, Basavaraj Bommai, has asked officials to complete the second phase of Bengaluru Metro by 2024.

See also: All you need to know about the Mumbai Metro corridors

A new line between Silk Board and KR Puram has been included in Phase 2 as Phase-2A of the project. This line would run along the Outer Ring Road and is proposed to have 13 stations – Silk Board, HSR Layout, Agara, Ibbalur, Bellandur, Kadubeesanahalli, Kodibisanahalli, Marathahalli, ISRO, Doddanekundi, DRDO Sports Complex, Sarasvathi Nagara (previously Mahadevapura) and KR Puram.

Also called the ORR Metro Line or Blue Line, this will have interchange stations with the extended Purple Line at KR Puram and with the proposed RV Road – Bommasandra line (Yellow Line) at Silk Board.

To connect Kempegowda International Airport with MG Road, Namma Metro Phase 2B is under-construction, which will be built at a cost of Rs 10,584 crores. The route will be 39 kms long. The route would begin at Krishnarajapura (KR Puram) and will be aligned along the northern part of ORR (Outer Ring Road), via Nagawara, Hebbal and Jakkur, before heading towards the airport. 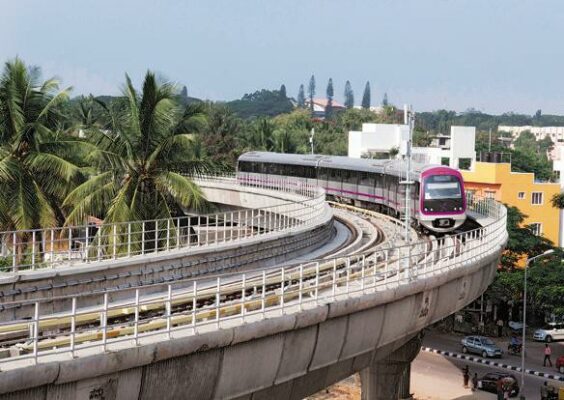 The Purple Line connects Baiyyappanahalli in the east with Mysore Road terminal station in the south-west. The line is 18.1 kms long and has 17 stations. Mostly elevated, it has a 4.8-km underground section in the middle and passes through some of the prime areas of Bengaluru including MG Road, Majestic, Railway Station, Vidhana Soudha, etc. Purple line is currently being extended to Whitefield in the east and Challaghatta in the south-west.

The stretch from Mysuru Road to Kengeri became operational on August 30, 2021. The BMRCL spent Rs 1,820 crores for developing the elevated line and Rs 181 crores for land acquisition. The metro line will be further extended by two kms on the same route till Challaghatta, by March 2022. The city will get its first elevated metro depot at Challaghatta.

See also: Bangalore master plan: Everything you need to know

The Namma Metro Green Line connects Nagasandra in the north-west to Anjanapura in the south-west. It covers a distance of 30 kms and has 30 stations. Like the Purple Line, this is also mostly elevated on both, the north and south sides and has a four-km underground section in the middle. The line has 26 elevated metro stations and three underground stations. Bengaluru Metro Green Line passes through industrial areas such as Peenya, Yeshwanthpur in the north and connects it with the residential areas such as Basavanagudi, Jayanagar, Banashankari, etc. The Green Line is also being expanded till Madavara in the north-west and Silk Institute in the south. With this, the length of the line will increase to 33.5 kms. 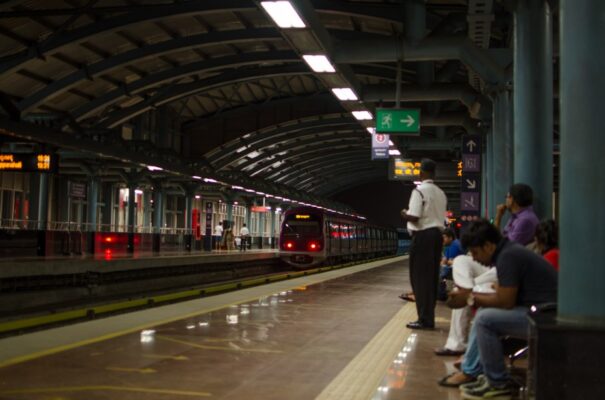 See also: Delhi Metro Phase 4: All you need to know

Considering that stopping train services by 8 pm is causing inconvenience for the citizens, the Bangalore Metro Rail Corporation (BMRCL) has decided to extend the metro timings till 10 pm. If implemented, Metro trains will operate from 6 am to 10 pm.

On September 22, 2021, the Bangalore Metro’s Tunnel Boring Machine (TBM) ‘Urja’ emerged at the Pink line’s under-construction Shivajinagar Metro station after completing a distance of 855 metres. It began its journey at Cantonment Metro station in July 2020 and dug a tunnel below one of the oldest localities of Bengaluru.

The Bangalore Metro Rail Corporation Limited (BMRCL) recently signed a loan agreement for Rs 3,643 crores with the Asian Development Bank (ADB), for the completion of two important routes along the Outer Ring Road and Airport Metro Corridor. The BMRCL said that with this deal, financial arrangements have been made for Phase 2A and Phase 2B of the metro project.

Earlier, the BMRCL had signed another loan agreement with Japan International Cooperation Agency (JICA) for Rs 2,317 crores for the same project on March 26, 2021. The central and the state governments will contribute Rs 3,973 crores through equity and subordinate debt. The Karnataka government will also spend Rs 2,762 crores on land acquisition.

When will Whitefield Metro be ready?

Does Bengaluru Metro go to the airport?

Bengaluru Metro will be extended to Kempegowda International Airport in the next four to five years.

Why Bangalore Metro is slow?

The progress of work on Bangalore Metro has been slow owing to issues pertaining to land acquisition, PILs against tree felling, financial crises faced by some contractors, as well as the Coronavirus pandemic.

UP film city: Will it transform Noida’s realty market?